Call For Collaboration Across the OAM Community

Do you think the OA community is collaborative or are we stuck in silos? Collaboration has been the key topic during this year’s OA Week, and collaboration across the OA management community was also the very topic for our webinar on October 25, 2022.

What did we discuss?

We gathered a panel giving the views on cooperation + competition = coopetition on OA management from the different perspectives of institutions, funders, publishers and intermediaries. We clearly compete in some areas, but the question was if we also could find common ground for industry wide collaboration to drive the OA community forward.
Together with MoreBrains we started to dive into this question already about a year ago. That led to a survey and a position paper you can read more about here.

The paper was peer-reviewed by our competitors CCC-RightsLink (Jamie Carmichael) and Wiley/Oable (Sven Fund) as well as our joint customer groups for institutions (Wilhelm Widmark), publishers (Sven Fund) and funders (Johan Rooryck). The same peer-reviewers joined the panel together with Christian Grubak, co-CEO at ChronosHub, and we got a lively debate with a lot of challenges and frictions being brought up from these different viewpoints. However, we also got a clear consensus on a few topics for collaboration.

Everyone acknowledged that many of the challenges cannot be solved by a stakeholder alone, it truly requires collaboration. This holds particularly true for the communication between the stakeholders: data needs to flow seamlessly between at least publishers and institutions, so both ends of the workflow have to work together. Today, this is not possible to any greater extent as very few publishers offer APIs to connect to for any of the required data, and institutions often put forward very individual demands for data and reports making it impossible for the publishers to serve.

Standards quickly became a topic, but it also became clear that there were quite different understandings of what a standard really is. Some considered their own tool, initiative or report a standard. To clarify the concept of standards and how they get established, Nettie Lagace from NISO presented a very straightforward process.

A number of stakeholders can jointly submit a proposal for a new standard. That then goes through a systematic review process and once approved has established routines for the maintenance of the new standard. The standard can be for a data format like JATS-XML, contributor roles like CASRAI, and processes, persistent identifiers (PIDs) and vocabulary, or a combination, like the FAIR principles. Based on the panel discussion and a number of questions from the audience, Josh Brown from MoreBrains as moderator and Marianne Knudsen from ChronosHub as host for the webinar, drew the following conclusions:

With those concluding remarks, everyone in the Open Access community is invited to express their interest in supporting the establishment of a joint forum, by contacing our Head of Business Development, Martin Jagerhorn. You can also indicate to what extent your organization is prepared to actively contribute to and sponsor that forum. We want to thank all participants for your engagement and of course our dear panelists for your very valuable contributions!

Martin leads our collaboration with institutions, publishers, research funders, and technology partners across the ecosystem engaged in scientific and academic publishing. 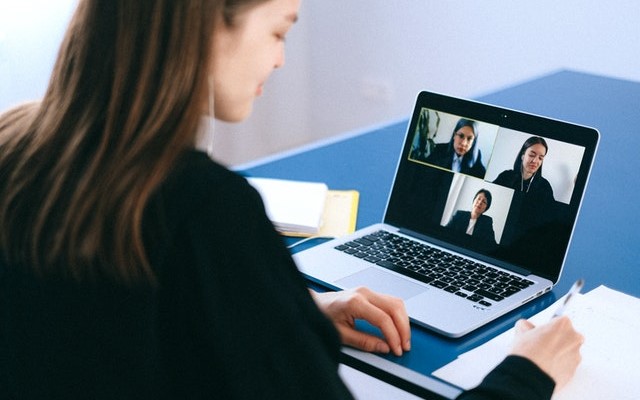 Join us as we discuss how the OA management community can come together and collaborate, despite increasing competition. This webinar and panel discussion provides the views from publishers, funder...